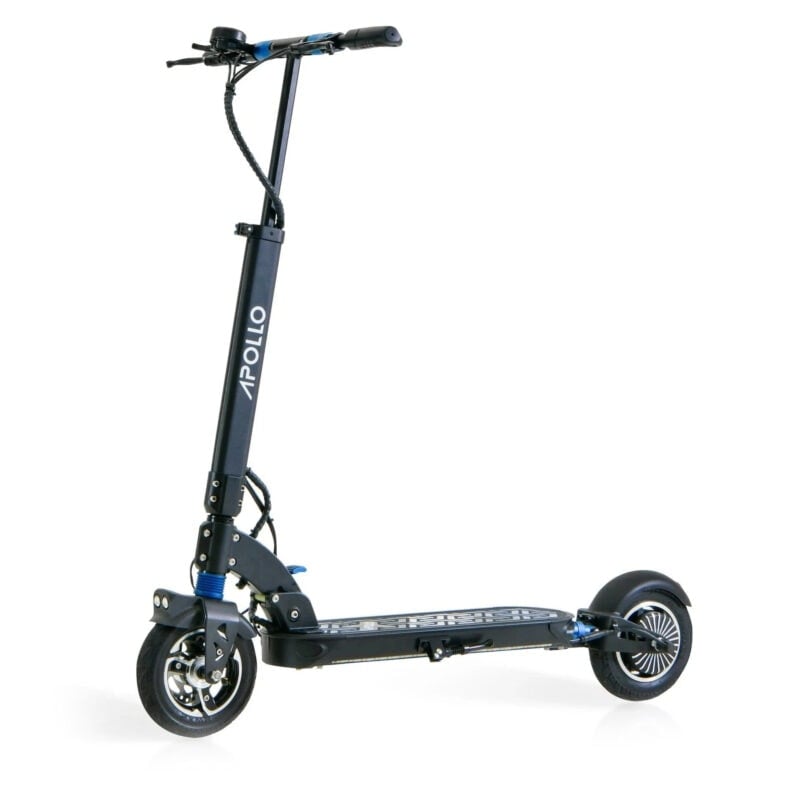 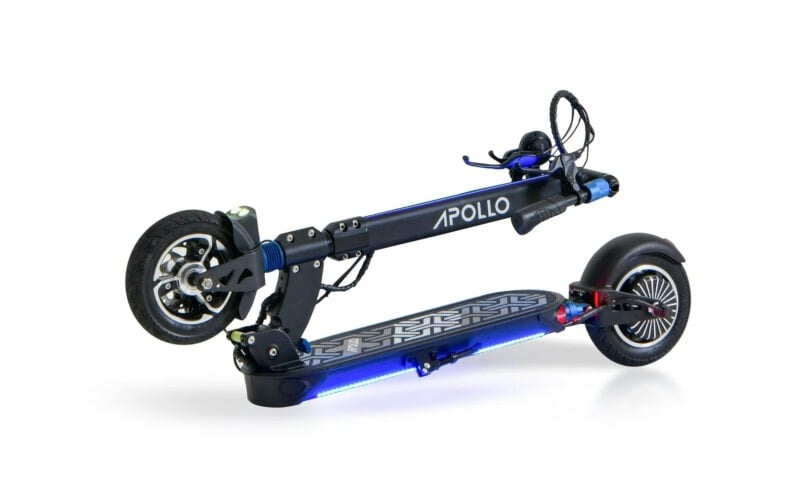 The world of electric scooters has grown immensely in recent years. Experienced riders know that sifting through the specs of all the scooters within their budget is a strenuous process. Quality electric scooters aren’t cheap, so you want to be sure that you’re getting the best value for the money spent.

In this article, we will be reviewing the Apollo City. The Apollo City has some of the best features for its weight and price and is a favorite for many riders. While the Apollo City is a relative newcomer to the scooter market, it’s made a big splash in a short amount of time.

If you are considering purchasing the Apollo City, read on to see the pros and cons of this scooter. This information can help you decide if the Apollo City is the right electric scooter for you.

The Apollo City has a powerful motor for its price range. With a 600W brushless electric motor that provides a peak performance of 800W, this scooter can easily reach a top speed of 25 MPH. The Apollo City was also designed to be able to carry 260 lbs, which is at least 30 lbs more than most of its competitors in the same price range.

This scooter also has responsive acceleration, being able to reach a speed of 15 MPH in just 4.1 seconds. While there are other scooters out there that have a stronger acceleration, you’re unlikely to find one for this price. The Apollo City can also handle inclines of 15% with ease, so you don’t have to be too selective in choosing exclusively flat routes. Seeing that the Apollo Light managed 15% inclines in our hands-on tests, we’re certain that the more powerful City can go beyond that.

The battery in the Apollo City is 48V 13.2Ah, which is somewhat standard for scooters at this price. These batteries are somewhat distinctive, as they are powered by Dynavolt cells. Dynavolt lithium-ion electric scooter batteries are amongst the cutting-edge on the market as they provide top-class performance at a very competitive price. The cells are tuned by an internal battery management system, which makes the battery as safe and reliable as possible.

With the Apollo City’s battery, you should be able to get a range of 28 miles per charge if you ride in eco mode. If you’re riding under normal conditions (not in eco mode) you can expect a more realistic range of 22 miles.

While it’s not the greatest range in the world, it is reasonable for the price and is definitely better than some of its competitors. A range of 22 miles is enough for most urban commuters and can be enough for those commuting from outside of city limits in some circumstances. The Apollo City recharges in eight hours, but with the fast charger, it can be charged in as little as four hours.

If you want to shell out an extra $300 you could upgrade to the Apollo Explore, which is made by the same manufacturer and has a range of about 10 more miles.

In addition to its suspension system, the Apollo City also has two pneumatic (air-filled) 8.5-inch tires. Because these tires are air-filled, they absorb a lot of the shock from bumps and cracks in the road. Most other scooters at this price come with a solid rubber back tire, which leaves a lot to be desired in terms of shock absorption.

With this scooter’s specs, you would expect it to be on the heavy side, but it only weighs in at 39 lbs. This is relatively lightweight for scooters with this power and range, and can easily be carried for short to medium distances. Some scooters, like the Speedway Mini 4 Pro come in a slightly lower weight and offer similar performance but it also has a slightly higher price tag.

At full height, the Apollo City stands at 42 inches from the ground to the handlebars. When folded, the height is reduced to a mere 15 inches and the length is at 41 inches. This scooter is as compact as it can get for its power and range, and can easily fit onto a bus or into a car. The handlebars can also fold inwards, allowing you to fit the scooter in tighter compartments.

The Apollo City is sturdy and free from creaks and rattles. The frame is made with forged aluminum, which allows the scooter to remain solid yet lightweight. Each scooter is triple-checked before being shipped, so you’re guaranteed to get a high-quality product that runs smoothly right out of the box.

Some riders experience the blue twist locks on the handlebars becoming loose, but a quick quarter-turn easily solves this issue. It is a common issue on many electric scooters with this feature and it’s not really anything to worry about apart from it being a little annoying at times.

This scooter comes with an IP54 waterproof rating, which means it can handle light rain and wet conditions. This also means that it is resistant to the intrusion of dust particles, so you don’t have to worry about the motor getting clogged over time. Similar scooters like the ZERO 8 and ZERO 9 don’t have any waterproof rating, so the Apollo City has the upper hand in this category.

One of the Apollo City’s best features is its triple braking system. This includes a drum brake in the rear and a disc brake in the front. Disc brakes are typically regarded as the superior option so it’s a nice touch.

In addition to the two wheel brakes, the Apollo City has an electric re-gen brake in the motor, which slows the motor down when the brake handle is being activated as well as providing additional charge to the battery. This triple-brake system allows for a short braking distance of 10 ft on dry pavement, so a cautious rider can easily avoid most collisions.

The control center of the Apollo City displays key statistics like speed, mileage, and battery power. You can also engage cruise control and configure other settings as well, such as setting acceleration speeds or switching between imperial or metric units.

The warranty on the Apollo City is superior to most other scooters and lasts for 24 months. Scooters in the ZERO series only have a one-year warranty, so this is double the length. Many of the components in the Apollo City are covered by this 24-month warranty, but damage resulting from wear and tear is limited to one month (which is still nice because many scooter brands don’t cover wear and tear at all).

If a failed component is covered under the warranty, you have the option to have the replacement part shipped to and have the Apollo team walk you through the replacement process. You can also ship your scooter to a repair center, but this will take a longer amount of time to resolve the issue. Plus, Apollo ships its scooters for free in North America so that’s an expense you can avoid.

Who Should Buy the Apollo City?

With its impressive suspension, safe braking system, good warranty, and competitive price we rank the Apollo City 4.3 stars out of 5. It was good enough to make it into our best electric scooters of the year guide. This scooter packs a punch at a reasonable cost and is good for new and experienced riders alike.

There really aren’t many drawbacks with this scooter and we recommend it for most commuters. To get anything better you’d have to spend a considerably larger amount of money, so the Apollo City is one of the best value scooters for its price range.

If you're looking to unleash the daredevil within you and have some extra money to spend, we highly recommend checking out the new Apollo Ghost. It's blazing fast and rock-solid but maybe most impressively - it's one of the most affordable dual-scooter motors. Check out our full Apollo Ghost review for more info.