How To Calibrate/Reset A Hoverboard 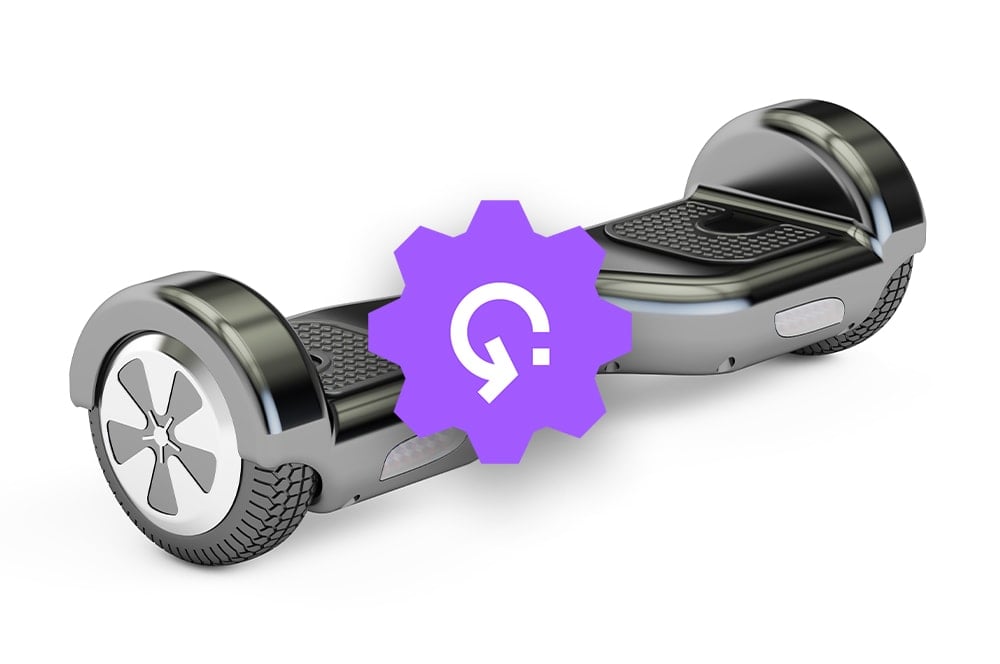 In this guide, we teach you how to reset your hoverboard to re-calibrate the gyroscopes.

Hoverboards need to stay upright, or it would be impossible to ride them. The secret is the gyroscope, which collects data from the wheel’s tilt sensors and sends it off to the logic board. This keeps the board upright and balanced all the time while you ride.

If the gyroscope isn’t calibrated correctly, it won’t be able to send accurate data to the logic board, so the hoverboard won’t function properly. It isn’t getting the correct data, so its response will be off. Part of hoverboard maintenance is resetting this gyroscope or calibrating it. Here’s what you need to know.

When Should Calibrate My Hoverboard?

There are a few scenarios when calibrating your hoverboard could fix its issues. If it turns to one side slower than the other, doesn’t feel even, or red lights are flashing and you can’t use the board, calibrating it could resolve the problem. If it doesn’t, you might need to replace the gyroscope.

You can usually find replacement parts on the website for your hoverboard’s brand. Other parts you can buy include wheels, frames, shells, bumpers, chargers, and so on. If the problem is with balance, odds are it’s a gyroscope problem, and calibration should be the first thing you try.

Also read: How does a hoverboard work?

Calibrating Your Hoverboard (Any Brand)

If your hoverboard isn’t balancing or functioning quite right, it’s time to calibrate it. Here are the steps:

Before calibrating your specific hoverboard, check out the board’s user manual. The instructions will most likely be the same as what we wrote above, but it’s always a good idea just to double-check before trying anything. You can find user manuals online if you don’t have a physical copy.

Calibrating With A Smartphone App

That being said, you might be able to calibrate your board using the mobile app, if there is one. Here’s how:

Once you’ve calibrated it, it’s time to test the hoverboard. Turn it on normally. Assuming there are no red flashing lights, get on and go for a ride on an even surface. Make sure you’re wearing a helmet and other safety gear.

You don’t want to find out the board isn’t fixed and go flying off. Make turns to see if both right and left move at the same speeds. Go in a circle. Ride up an incline, slowly, to make sure the board stays upright. If everything works fine, you know that calibration worked.

If it’s still acting weird, it could be time to replace the gyroscope. If you aren’t confident about the cause, you could always get an expert to check it out, though they will charge a service fee. If your board was really pricey, it’s probably worth it to get it fixed to ride smoothly again.