E-Scooter UK Law: Is It Legal to Ride Them In Public? 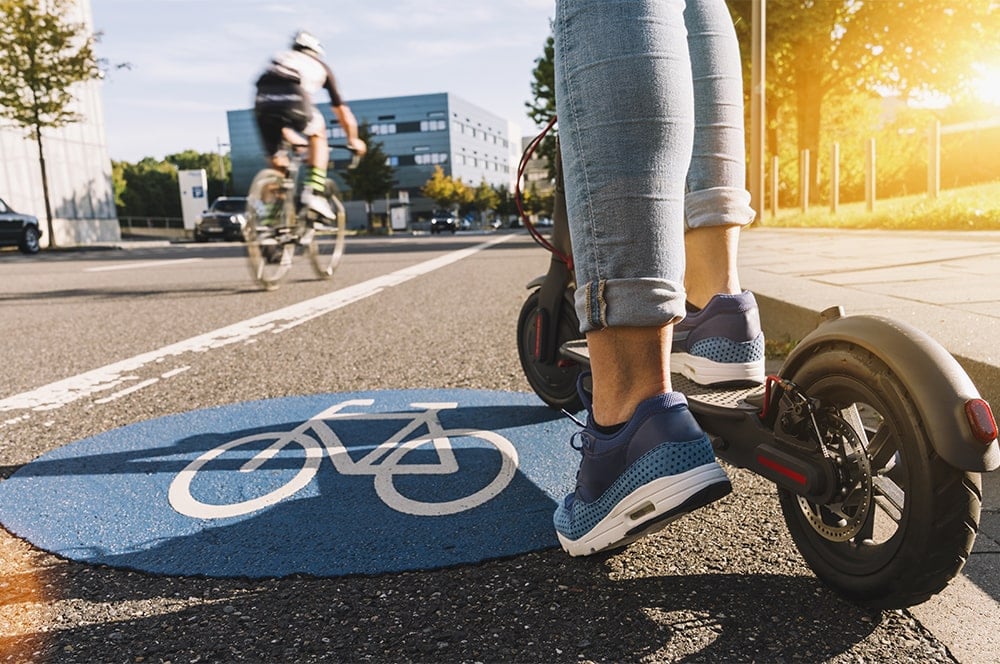 There is no doubt that the popularity of electric scooters for adults is on the rise - but are they legal in the UK?

An e-scooter serves as an excellent substitute for public transport and saves you money over time. It also solves “The Last Mile Problem”. However good things may sound, there are laws and regulations in place. So, what are the UK laws around electric scooters? Are e-scooters street legal or prohibited in public areas? Get all the details below.

Are adult electric scooters street legal in the UK?

Although you may see them around in urban areas throughout the UK, you’re not allowed to ride electric scooters on public ground in the United Kingdom. This may seem odd… And it is…

The culprit of it all is the almost 200 years old Highways Act of 1835. The nearly ancient act is putting a brake on ‘The Scooter Revolution’ that we’re seeing throughout other countries right now (such as Germany, France, Canada, and the USA).

As the electric scooter is powered by a battery motor, it falls into the Personal Light Electric Vehicle category (PLEV in short). According to the Department for Transport, PLEVs are illegal to use on public roads throughout the UK.

We’re sorry to be the bearer of bad news, but this is the current situation in the UK. As of now, it is illegal to ride electric scooters in public in the UK.

That said, a lot of people are currently braving it in the UK (Londoners will know) and it seems very few of them run into problems. The UK-based electric scooters company Elka is actually pushing the trend with their latest commuters solution – The Elka Model-T – which introduces some budget-friendly commuting solutions that you may want to look at.

Even though the law is against electric scooters in the UK at this point, the situation may be about to change…

It is only a matter of time

Quite a lot of things point towards a change in the laws and legislations concerning electric scooters in the UK.

First and foremost, there is a huge global demand for greener and cheaper transport alternatives, especially in urban areas.

From a technical standpoint, the electric scooter seems to efficiently solve almost all of these issues, being a much cheaper and more environmentally friendly option than, say, a bus.

Dozens of countries throughout the world have revised laws and legislations to support the green and innovating addition of electric scooters as a commuting option (such as Germany, France, Austria, Australia, Denmark, and Canada).

These countries are currently paving the path through the wilderness with testing schemes and law changes, giving the rest of the world lots of data and experience on how to evolve with the trend.

It seems that pressure is cooking for the Department for Transport to finally revise the by-far outdated Highways Act from 1835 to finally allow all of these innovating transport alternatives. Actually, they’ve gone out and said that they are already in the process of analyzing what regulations need to be updated to support the changes in transport. They’ve described it as the ‘biggest review into transport in generation’ and it goes by the name of Future of Mobility: Urban Strategy. In their documents, they mention E-scooters several times and they seem to imply that these are to be allowed throughout the UK in the near future.

Brace yourselves with some patience and make sure to follow best practices if you do decide to ride in public in the UK before law changes happen. These practices include wearing an electric scooter helmet, not riding too fast and ensuring your scooter is geared with LED lights both at the rear and front.

While we wait for laws to change, we quickly want to bring clarity to a few other related common questions that people throughout the UK seem to have regarding electric scooters.