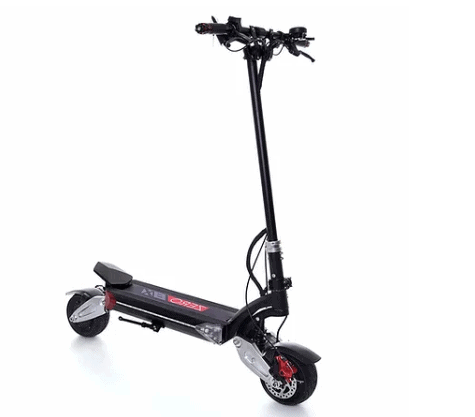 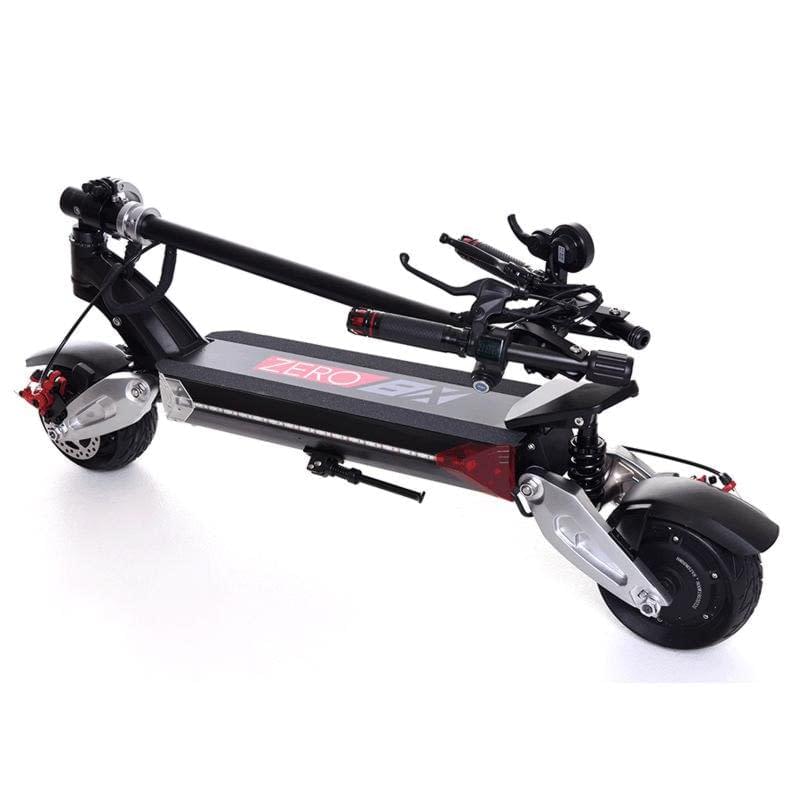 Electric scooters give riders the ability to quickly commute through city traffic for a relatively cheap price. You don’t have to pay for gas or insurance or deal with shady salesmen, unlike the car shopping experience.

But like a car, you’re going to want an electric scooter that has a fair balance of certain qualities for a price within your budget. It’s possible to get a scooter that gets you from point A to B for a low price, but if you have the money to spend, then you can get something with a little more power and better ride quality.

Enter, the ZERO 8X electric scooter. This is a mid-tier scooter from the popular ZERO X series, and the ZERO 8X is the first electric scooter in the series. The X series scooters all have dual motors and bigger batteries than the regular ZERO series to provide greater speed and a farther range, although the X series scooters are a good bit heavier as a result. In this article, we will examine the specs of the ZERO 8X and compare it to other scooters of similar quality.

The top speed of the ZERO 8X is 33 MPH, which is plenty fast because you’re not likely to go above 25 MPH in a city. With the extra speed, this scooter could be a good option for suburban commuters who can afford to get a little more speed.

This scooter can easily climb 10% grade hills without seeing a significant drop in performance. At a 10% grade, the ZERO 8X will have an average speed of around 15 MPH.

One of this scooter’s best features is its impressive acceleration. The ZERO 8X has low-end acceleration, which means the rotational force made by the engine is at the low-end of its RPM range, producing a more significant amount of torque. The more low-end the torque is, the faster the acceleration is going to be. With the Zero 8X, you’ll be able to reach speeds of 20 MPH in less than four seconds, which is incredible for a scooter at this price.

When purchasing the ZERO 8X through RevRides’ website, you have the option for a few battery selections. The base option is a 52V 18Ah SincPower battery and the mid-range option is an LG battery with the exact same specs for a slightly higher price. The best battery option available is the LG 52V 26Ah battery, which is also the most expensive.

Is the increase in price worth the increased range? That’s for you to decide, as the lowest tier battery option will provide a range of 45 miles, which is a little more than the Apollo Explore and pretty good in its own right. The 52V 26Ah LG battery will give you a range of 65 miles, very impressive for an electric scooter at this price, and certainly enough for the average person’s commute.

If the impressive range wasn’t enough for you, the base battery option on the ZERO 8X only takes five hours to recharge. You can easily charge it while you’re at work to enjoy the full benefits of this powerful battery.

While the dual suspension system is pretty decent, the ZERO 8X chose to use two solid rubber tires, which is kind of disappointing considering it can reach a decent speed and a lot of riders will desire more shock absorption for comfort.

The ZERO 10X has two pneumatic tires and isn’t all that more expensive, so if you are considering purchasing the ZERO 8X you should also look at the 10X if you want a smoother ride. The tires on the 10X are also somewhat larger than the 8X, which offers even more shock absorption.

The ZERO 8X does have a powerful motor and impressive range, but all that power comes with a drawback. The ZERO 8X weighs in at 72lbs, and while there are electric scooters that are even heavier than this (like the Kaabo Wolf Warrior 11), there are other scooters in this same price range that weigh even less. Most commuters probably aren’t going to want to carry this scooter around very long, although you could probably carry it shorter distances if you use both of your hands.

The scooter is for sure on the heavier side, but it is surprisingly compact when it’s all folded up. The handlebars also fold inwards, which you don’t always see on scooters of this power level. When it’s completely folded, the ZERO 8X is 44x14x18 inches (LxWxH), which is a bonus for portability.

You could easily fit this scooter in a car or on a bus if you can carry it on. Luckily, the range on this scooter is so large that you probably won’t need to use a secondary mode of transportation.

Also check out our review of the incredible Zero 11X

Like all the scooters in the X series, the 8X has a superior build quality to a lot of other scooters. The frame is made with an aluminum alloy and the handlebars are guaranteed not to have any free play. The deck is 8.75 inches wide, which is on the larger end of the medium-wide side, so most riders should have plenty of space.

The 8X also comes with both front and rear LED lighting, and like the ZERO 9 and 10, the 8X also has under glow frame lighting. This makes it easier for others to see you on the side, increasing overall visibility at night and provides a nice esthetic.

The front and rear LED lights are mounted pretty low to the ground, which makes it easy to see the ground area immediately around the scooter, but they aren’t incredibly bright. For more visibility at a greater distance, you should probably consider getting a headlight attachment and mounting it higher up on the scooter.

Like all ZERO scooters, the 8X has an LCD display that shows the speed, mileage, battery, and mode. Many ZERO scooters have what’s called P-settings, which you can control through the LCD display and is used for tuning the ride to your liking.

The brakes on the ZERO 8X are really nice, as it has front and rear disc brakes and an electric motor brake. Both of the braking systems are controlled with levers on the handlebars.

Disc brakes are superior to drum brakes, and seeing it on both the front and back of the 8X is really comforting. If you are riding at 15 MPH, you can bring it to a complete stop within 3.5 meters, which is reasonably fast as a lot of high-end scooters take 5-7 meters to hit a stop from that speed.

RevRides is the main US distributor of the ZERO series electric scooters and offers a 12-month limited warranty on all of their electric vehicles. This won’t cover things like water damage, wear and tear, and modifications and will only cover manufacturer defects.

Looking at RevRides’ social media pages is also reassuring, as many customers claim that their support team was helpful and responsive. Their support team is available via phone or email and can help guide you through the installation of replacement parts and they will help you find a solution to any other problems you have. They advertise that their team will work with you to make sure you are 100% satisfied.

RevRides also offers free shipping on all orders over $25, so that’s an extra expense you won’t have to worry about.

Who Should Buy the ZERO 8X?

In conclusion, the ZERO 8X is a high-quality electric scooter with good speed and range for its price. The braking system is exceptional, but the rubber tires cause the overall suspension to suffer. For these reasons, we rank the ZERO 8X with 4 out of 5 stars. The ZERO 10X has pneumatic tires and therefore better suspension, and with its upgraded motor, those who have a little more money to spend should probably consider purchasing the 10X instead.