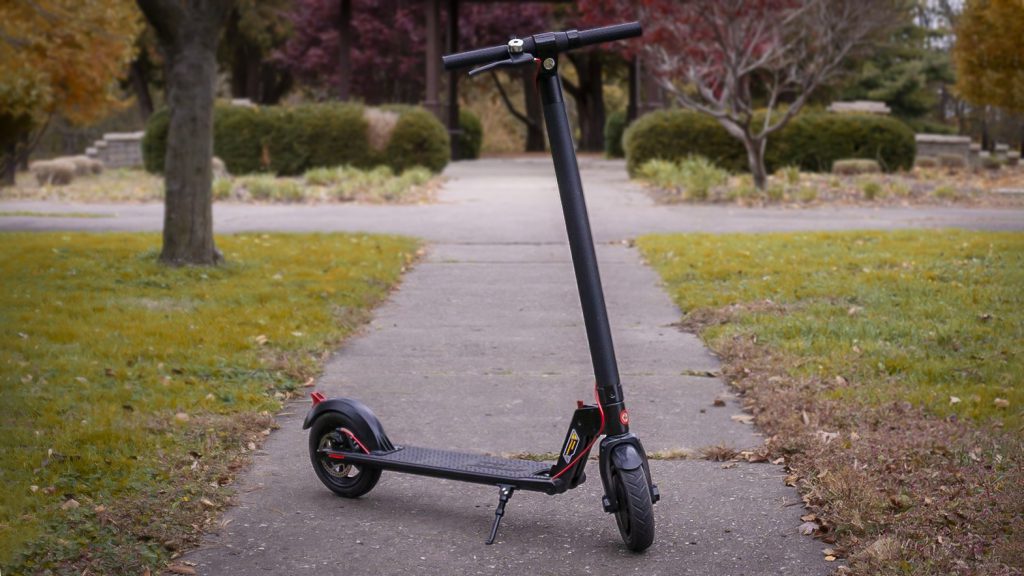 At under $300, the Gotrax GXL V2 electric scooter has a lot of great features that make it stand out, like a good motor system and fast top speed. It also has a decent range best for riders who want to supplement a commute. We especially liked the tires, too, which provide a really comfortable ride. If you don’t want to spend an arm and a leg on a scooter, but you want something more than just an e-vehicle meant for fun, check out the Gotrax GXL V2 Commuter. 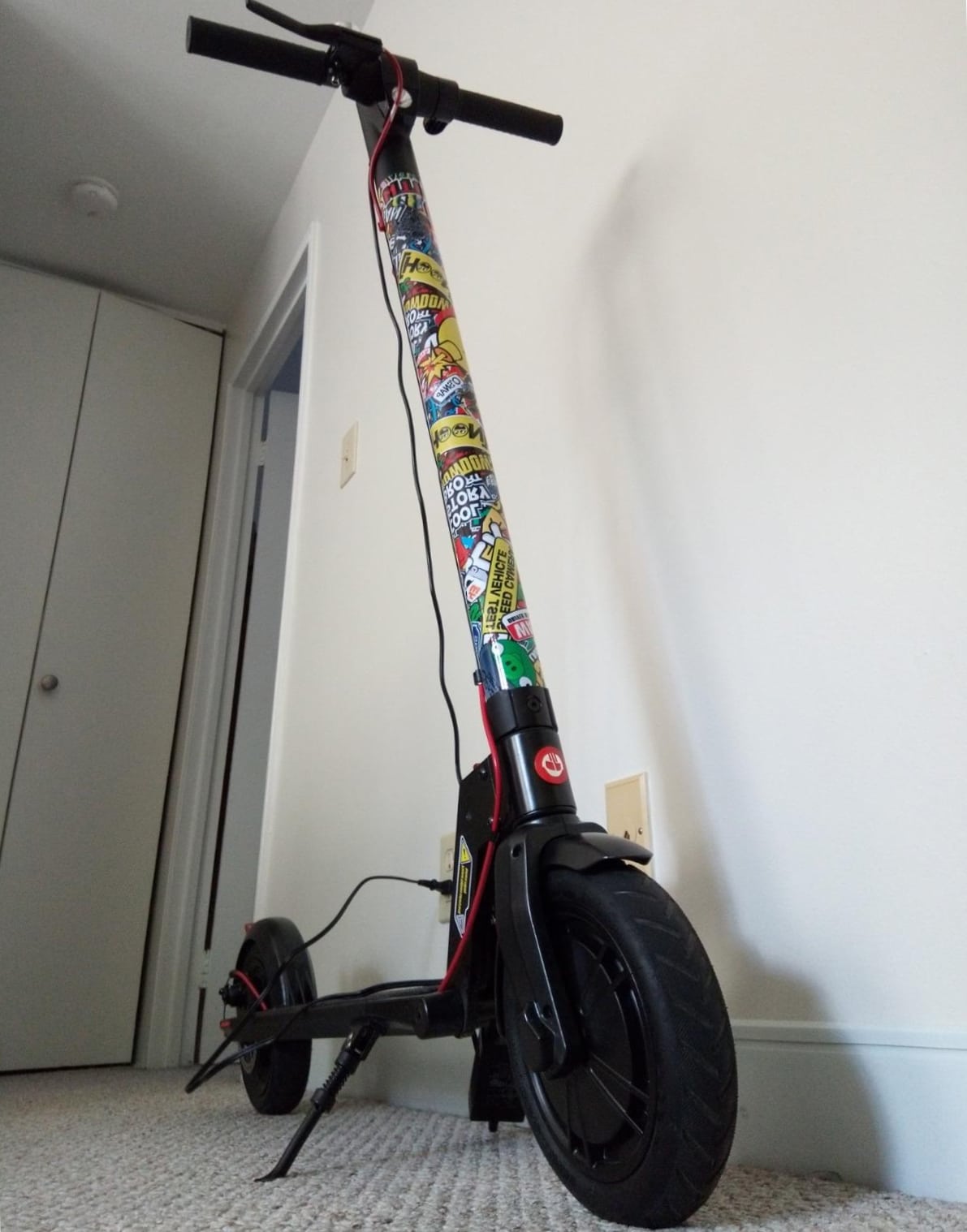 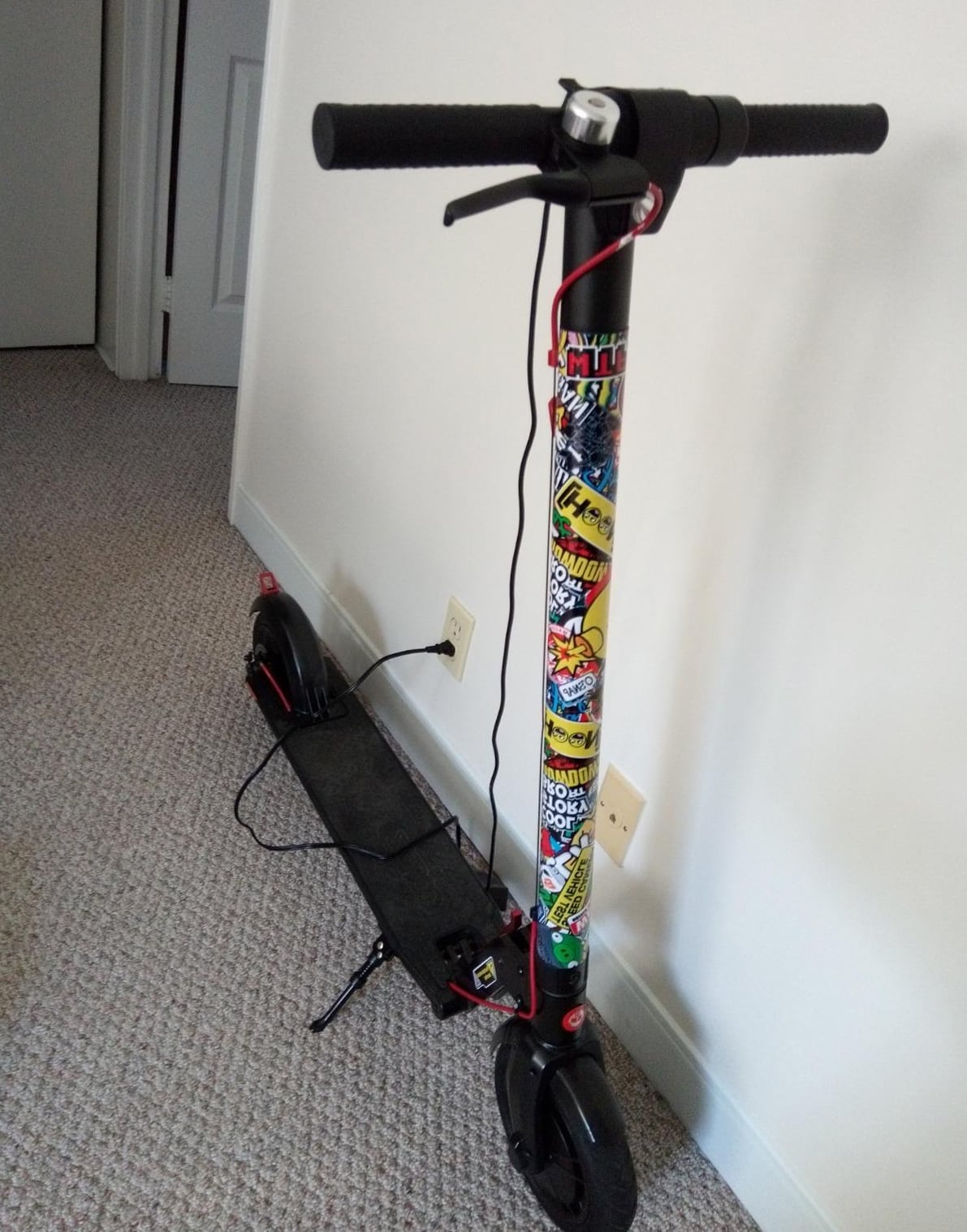 The Gotrax GXL V2’s motor is reasonably standard for a scooter of its caliber. It’s 250 watts and built into the front hub. The motor is powered by a 36-volt lithium-ion battery. That gives the scooter a top speed of 15.5 mph, which is fast, and a range of 9-12 miles.

Ranges are measured with a pretty light rider not going at the top speed, so expect a reduced range if you’re closer to the max weight limit and going really fast. Gear 1 gives you a 10 mph top speed, while Gear 2 unlocks the 15.5 mph. If you’re new to scooters, try out Gear 1 first to get comfortable.

For hills, the Gotrax GXL V2 can tackle up to 10-degree slopes. The battery takes about 4 hours to recharge from empty, which is a quick turnaround. A lot of similar scooters take longer.

The scooter is built with a fortified frame that can hold up to 220 pounds. It weighs around 26 pounds, so it isn’t too difficult to carry it around if necessary. There’s a handlebar display, so you can conveniently see data like battery life and speed. To brake, use the handlebar brakes and the rear disk brake, which you push down with your foot. This dual system brake is a scooter highlight and allows you to brake gradually or quickly, if necessary.

The other cool feature is that the scooter is IP54 water-resistant. It obviously can’t be submerged in water, but if you’re riding through puddles, you don’t have to worry about damage. The rear splash guard is also a nice touch.

The tires also help deal with rougher terrain, since they’re pneumatic, or air-filled. While they are prone to punctures, air-filled tires are better at shock absorption and handling bumps and uneven ground. While this scooter shouldn’t be taken off-road, you can ride over not-so-smooth pavement comfortably.

The biggest safety highlight is that the scooter is UL 2271 certified. That means the batteries have met the standards set up by Underwriter Labs, significantly lowering the risk of the batteries overheating or even exploding.

Proper care on the owner’s part is still important, however, so be sure to not overcharge your scooter. You should also be sure to store it in a cool, dry place.  If you’re riding at night or other low-visibility times of day, lighting is important. The Gotrax GXL V2 Commuter has a front headlight, but no rear light.

This Gotrax scooter has a 90-day limited warranty. To qualify, you cannot have rented out the scooter or used it for competition, which is an odd addition, but obviously something Gotrax has dealt with before. The warranty only covers parts or problems as a result of manufacturer defects, which doesn’t include weather-related damage. Customer support is U.S. based.

There weren’t any glaring problems with the Gotrax GXL V2 Commuter. Customers sometimes wish the headlight was brighter, and recommend getting a rear headlight attached since being seen from behind is just as important as being seen from the front.

There’s also some discrepancy in reviews about the scooter’s weight. Some say it’s around 27 pounds, and some say it’s 31 pounds. There isn’t a huge difference there, but people could feel that 4 pounds if they’re carrying the scooter around for a while.

However, you won’t find a scooter like this that’s much lighter. The product page on the Gotrax website says 26.4 pounds, so that’s what we went with.

Who should buy the Gotrax GXL V2?

Price-wise, this is a very attractive commuter scooter. It doesn’t have a huge range, so it’s meant for last-mile commuters who value a comfortable ride and fast speeds. If you want to supplement your city commute with a greener option, but don’t want to spend a lot for a higher-end scooter, the GXL V2 Commuter is a good choice.​

For what it is, the Gotrax GXL V2 Commuter electric scooter is impressive. We’re giving it a 4.5 out of 5 as a last-mile budget commuter scooter. The tires are a highlight, as well as the water-resistant frame, fast speed, and dual-braking system.

The built-in handlebar display has all the info you need, and it’s about as light as a scooter of this level could be. We do wish the lighting was better, though, which is why we docked half a star. You can easily fix that by buying a helmet light and attaching a tail light. It’s a solid electric scooter for teens and adults alike.

ERideHero.com may earn commissions when you purchase items through links to external sources such as Amazon. Read our affiliate disclosure here.
Rating
7.4/10
Speed
7/10
Acceleration & Hills
6/10
Range
6/10
Portability
8/10
Ride Quality
8/10
Build Quality
8/10
Safety
6/10
Value
10/10
Note: Ratings are based on comparable models in the same product class and not all models on the market.
View full ratings
Content