Electric Scooter & E-Bike Laws in Canada: Are they Legal? 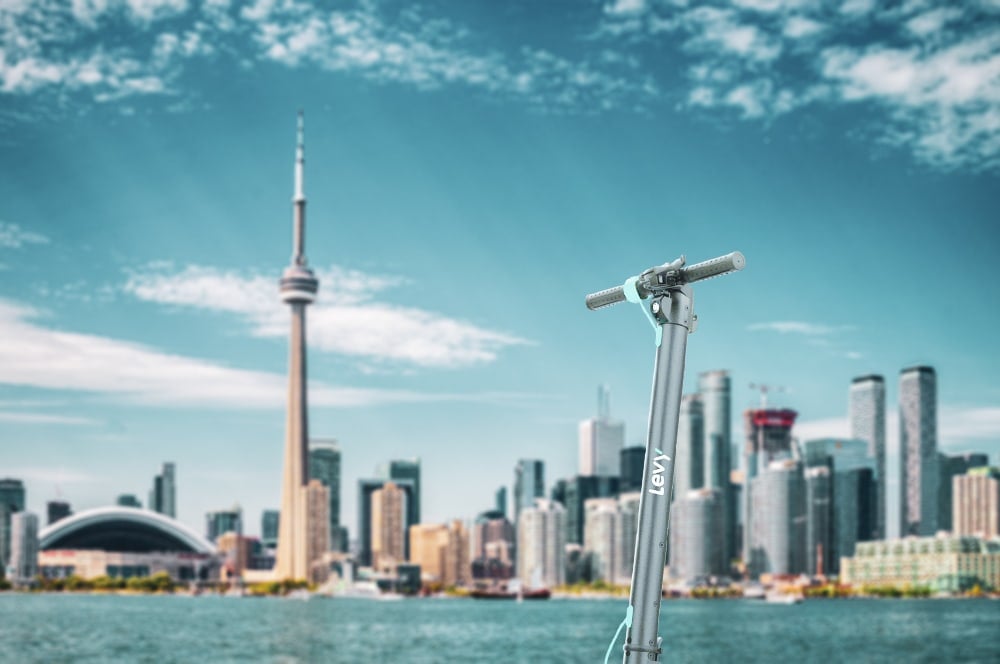 In Canada, electric scooters are classed as power-assisted bicycles and the two follow many of the same federal laws and regulations.

Federally, you do not need a license, license plates, or insurance to own and operate e-scooters or e-bikes, however, each province and city can make rules that need to be followed while riding there. The Canadian government is encouraging e-scooter and electric bike use on all levels.

Ontario regulates power-assisted bicycles under Ontario Regulation 369/09: Power-Assisted Bicycles. To be defined as a power-assisted bicycle, your scooter or bike needs to weigh less than 120 kg (264.5 lbs). Luckily even extremely heavy scooters like the Dualtron Thunder are way under this limit.

This, unfortunately, rules out many of the fastest premium scooters but many quality models like Segway Ninebot ES4 and the Xiaomi Mi M365 fit this requirement.

Toronto is trying to encourage more travel by electric bicycle and e-scooter. They are building new bike lanes and have an ongoing campaign to teach both riders and drivers how to share the road. To keep the cycling and scootering in the bike lane, there is a $60 fine for anyone older than 14 riding on sidewalks.

The city also has two main classifications for power-assisted bicycles. Pedelecs are traditional motorized bicycles and are allowed in cycle tracks or separated bicycle lanes. They are defined as “requiring pedal power for propulsion”. E-Scooters are considered the other class and they can be operated in bike lanes but not cycle tracks. Neither of these categories can be used on park multi-use lanes, and have a $305 fine.

Toronto put out a quick guide for how to identify each type of lane.

Ottawa follows sets almost the same rules as Toronto. Some exceptions are that e-bikes and e-scooters are allowed on rural pathways and any bike lane that is separated from pedestrian travel. They also have some multiuse pathways that e-scooters are permitted on.

When buying a new e-scooter in Quebec, all riders must pass a certification course and agree to help collect data for the pilot program. This certificate must be carried while riding the scooter. The riders must be 18 years old and are not allowed to carry any passengers or pull or push trailers. Low–speed scooters can be used on any road with a speed limit of less than 50 km/h (31mph).

Are they legal in Montreal?

After a unsuccessful pilot program launched in the summer of 2019 in Montreal, the city has decided to ban shared e-scooters citywide.

The city of Montreal created more than 200 parking spots specifically designated for shared electric scooters from companies such as Lime and Bird but in a city report on the 19th February, it came forward that people were dropping them off anywhere and everywhere, impeding the general traffic.

When the pilot program was started, a $50 fine for parking outside the designated areas and a $08 fine for riding without a helmet were instated. Sadly, it seems people couldn't follow the rules as the Montreal police had to issue a total of 333 tickets to e-scooter riding for not complying with the above rules. Mainly, people were not using helmets.

So yes, electric scooters that are privately owned are legal to use in Montreal as long as you abide by the laws in place.

Whereas places like the UK don’t allow electric scooters, Canada is much more open and ready for the introduction of these electric rideables.

Several pilot programs have been initiated to transition into what the government believes is the future of transportation in Canada. Although there are set rules for particular areas, they all sound more than fair considering it’s a newly introduced vehicle in the city space.